This deck is printed on a heavy card stock, making the deck quite thick and difficult to work with if you prefer to shuffle, vice mix the cards by swooshing them around. The art is good with intense colors and good detail. Justice is VIII and Strength is XI. Each card has the number on top and the name in the bottom border in English, German and French. The Hebrew letter and its associated number are also included in this bottom border. This deck uses the French assignment for the Hebrew letters with the Magician as Aleph and the Fool as Shin and the Fool being placed between cards XX and XXI. The Minor Arcana have the Hebrew letters from the Tetragrammaton and a glyph for the number, i.e, a triangle for the number three, a cube for the number four etc.

The Court consists of King, Queen, Knight and Page. The Minors are pips, though they are beautifully done. There is a strong Egyptian influence in the pips. Various Egyptian symbols such as the ankh or the heads of various gods appear on the suit symbols. Each suit has the same color in the background: Swords are yellow, Cups are blue, Pentacles are brown and Wands are red. The art appears to have been done in pencil or pastels. The backs are black with a gold sun in the center surrounded by the four suit symbols. The backs are uncoated.

The little booklet that comes with this deck is quite good. The artist describes how the deck came to be. It was originally designed as a Major Arcana only deck for his personal use. His Tarot philosophy was strongly influenced by Papus. The interpretations given for the Major Arcana include several correspondences, including astrological planet and sign, sephira on the tree of life, Hebrew letter, type of Hebrew letter (mother, single or double) and what the Hebrew letter means. A description of the card is provided along with both upright and reversed interpretations. Instructions for the Celtic Cross Spread are provided as well as instructions for using spreads based on numerology. 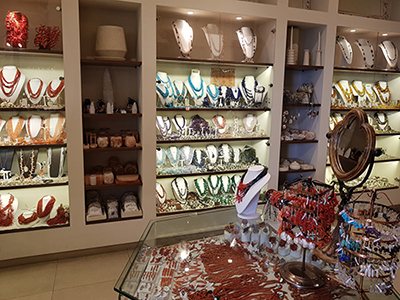 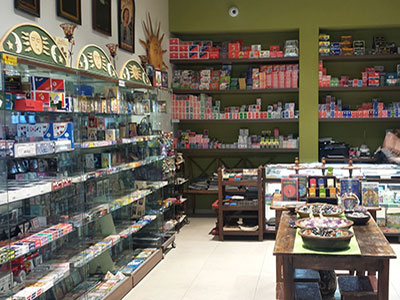 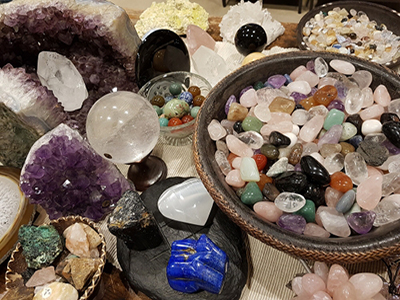 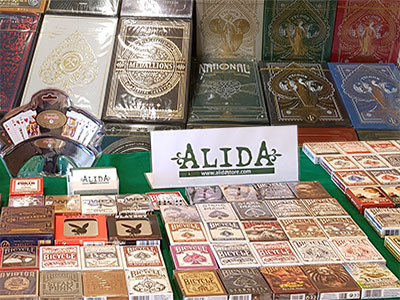 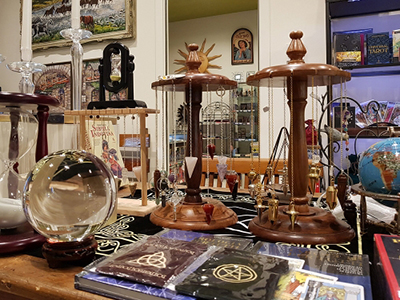